SWEAT opened its doors in 2011 but the planning started a year earlier in 2010! What began as a partnership of 3 equal partners is now ran as a truly family business! In mid-2016 we incorporated our sons AnTerrio (Staff Instructor) and AunDerel (Director, Social Media) into the business to support our growth and marketing reach and they have proved to be very effective and invaluable resources for the business! Lakiesha has worked in the area’s fitness clubs since 2002. She is a NASM certified personal trainer (Cert# 1398663) and holds certifications in POUND, Pilates Reformer, Arthritis Foundation Aquatics, TRX Group Training, and RealRyder Indoor Cycling. She also has a BA in Business Management from CSU Sacramento. Ms. Williams competes in Figure competitions and has received corporate sponsorships from MET-Rx and Max Muscle supplement companies. Lakiesha has also trained and managed fitness staff and has developed fitness programs for a large regional fitness chain. Rodger was a former Sr. Manager, ITSM Software Development and a software engineer himself for 10 years between 1994-2004. He left software development in 2004 to pursue his entrepreneurial aspirations and started a commercial janitorial business from the ground up. After spending 3 years building it into a successful business grossing over a quarter million dollars a year which employed 6 part-time employees, he realized he really wanted to pursue something that he shared a common interest with his wife and, that was fitness! He immediately began developing a 5 year plan for how he would gain the valuable hands-on experience needed and decided to join the local big box chain where, he honed his skills in membership sales, personal training and as a group exercise instructor, nutrition adviser and, the rest is his-story! 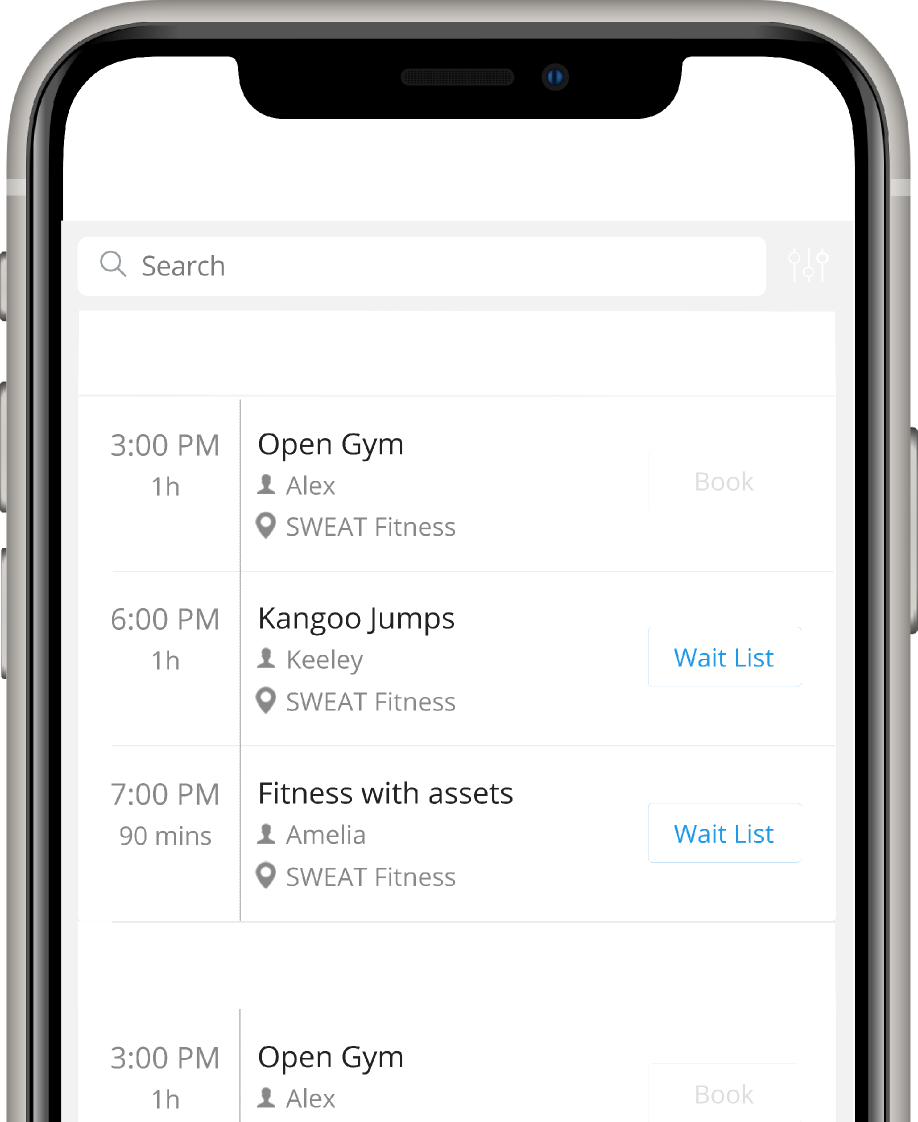 DOWNLOAD THE SWEAT MOBILE APP!
Book Services On The Go And Take classes from your phone!